Star Trek. It still rocks. And you know it.

In this current climate of the Swine Flu – pardon me, H1N1 (that looks like it’s pronounced, “Hiney!”) to be politically correct - we take a look at the famous “galaxy virus” episode o’ Trek.

This one has always been a fav around Bad News From Outer Space HQ. There’s the USS Enterprise zipping along, minding its own beeswax, when a fellow starship, crewed entirely by Vulcans - so you known the top of the lunch menu always lists Campbell's Plo Meek Soup - up and gets itself so horribly destroyed it gives Spock a headache light years away. (Wonder if Excedrin has one for THAT.) Aaaanyway, Kirk and company find out a GIANT SPACE AMOEBA is the cause of all the hoo-hah. And the bitch is BIG. How big is it? Like, it-will-keep-reproducing-until-it-swallows-the-whole-galaxy-for-dinner big.

When it’s decided that a shuttlecraft flying into the heart of the GIANT SPACE AMOEBA would be able to get better readings on the sucker to hopefully find a weakness, it’s down to Spock and McCoy as to who is best qualified for the suicide mission (Banzai!). This leads to some great scenes with Spock and McCoy, which is Star Trek at its finest.

The folks at CBS Digital did a great job with the new viz effects. When the Enterprise enters the complete darkness that surrounds the GIANT SPACE AMOEBA, it is illuminated only by its own internal lighting and engines (unlike the original effect). And when the Enterprise punctures the GIANT SPACE AMOEBA and enters it, the effect is similar to the micro submarine Proteus entering the bloodstream in Fantastic Voyage. Nicely done, dudes. 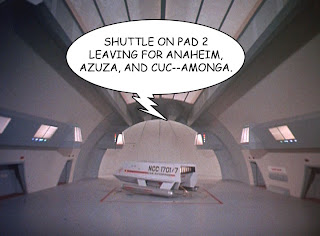 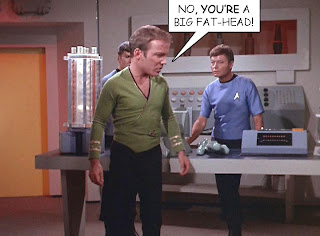 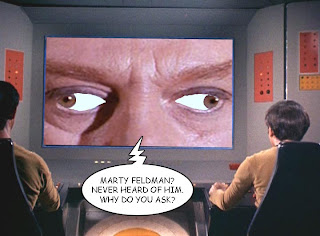 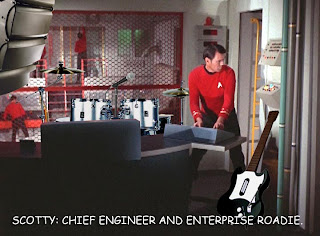 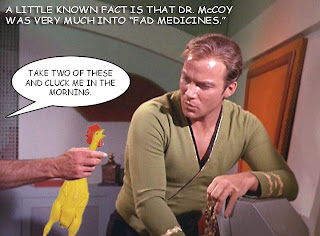 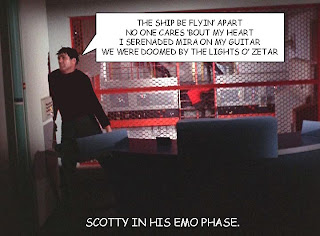 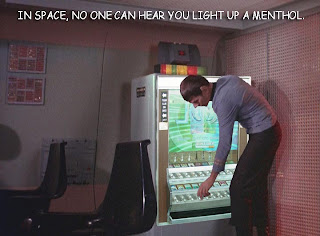 Disclaimer: Star Trek is Copyright 2009 and a Registered Trademark of CBS Studios, Inc. No infringement of those rights is implied.

Thanks to Trekcore.com for the Star Trek screencaps.
Posted by Michael at 10:30 PM