The year 2016 does not want to end quietly. With only a few more days left, Carrie Fisher, most famous for playing Princess Leia in the Star Wars Saga passed away today; she had suffered a heart attack while flying from London to Los Angeles on December 23. She was 60 years old. 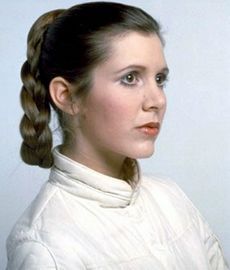 
Ms. Fisher was an actress, a much-sought-after script doctor, a best-selling novelist, an advocate for mental health, and a mother.

She had just wrapped shooting Episode VIII of the newest Star Wars Trilogy, continuing her role from The Force Awakens (Episode VII)  as General Leia Organa. But she will always be remembered for playing Princess Leia in the Original Star Wars Trilogy: A New Hope, The Empire Strikes Back and Return of the Jedi. Princess Leia broke the mold of the damsel in distress. She was smart, tough, commanding, beautiful, and just as handy with a blaster as space cowboy Han Solo. Then as now she was an inspiration.

Condolences to her daughter, mother, family and friends. Carrie Fisher will be missed.

The Fantastic Four, once Marvel Comics' flagship title, now a series canceled since 2015, was like the Star Trek of comic books: a group of adventurers boldly going into the unknown frontiers of space and time and other dimensions, meeting the challenges head on and bringing back that knowledge to help mankind. 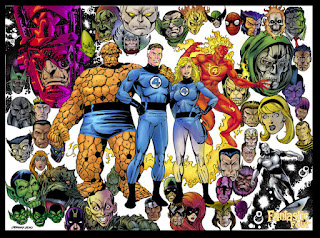 Art: Anthony Castrillo. Characters Copyright 2016 by Marvel Comics. No infringement of those rights is intended.


Apparently Marvel Comics decided to stop making FF comics as they don't own the (potentially) lucrative film rights, which they sold off to 20th Century Fox for relatively cheap in the late 90s while undergoing bankruptcy proceedings. Why make new stories in the comics which might fuel the competition's movie coffers? It makes (dollars and) sense, but it still stings.

Stan Lee and Jack Kirby crafted 102 issues together as writer/co-plotter and artist/co-plotter respectively. They gave us not only our flawed quartet of heroes in Reed Richards/Mr. Fantastic, Ben Grimm/The Thing, Susan Storm Richards/Invisible Woman and Johnny Storm/Human Torch, but Doctor Doom, Annihilus and the Negative Zone, the Silver Surfer, Galactus, the Black Panther, Mole Man, the Watcher, Skrulls, the Puppet Master, the Inhumans (Black Bolt, Medusa, Karnak, Gorgon, Triton and Lockjaw), the Frightful Four, and so much more.

There's a gold mine of stories there, enough for several movies. Since Fox tried three times to bring the FF to the big screen and failed, maybe in a few years they might sell the rights back to Marvel so that their film arm Marvel Studios might make a truly great Fantastic Four film.

To the Pogo Plane, everyone!
Posted by Michael at 8:31 PM No comments:

King Kong roars back to life, and onto to the big screen.

The studio behind it, Legendary Pictures is setting the stage for their new GIANT Kong to face off against Godzilla in just a few years.

Let's Get Ready To Crumble!

Posted by Michael at 9:32 AM No comments:

Guardians of the Galaxy: Volume 2 Trailer

That phrase will be on everyone's lips and t-shirts next summer, thanks to Chris Pratt's charisma and the deft writing and directing of James Gunn in reassembling his misfit Guardians of the Galaxy for new exploits in the sequel.

Posted by Michael at 9:30 AM No comments: