Leonard Nimoy passed away this morning at the age of 83.

Growing up as a skinny kid who wore glasses, read comic books and did well in school, it is safe to say that Mr. Spock was my hero.

Thank you for all you gave us Mr. Nimoy, not only in your acting, directing and photography, but in your basic humanity and decency. 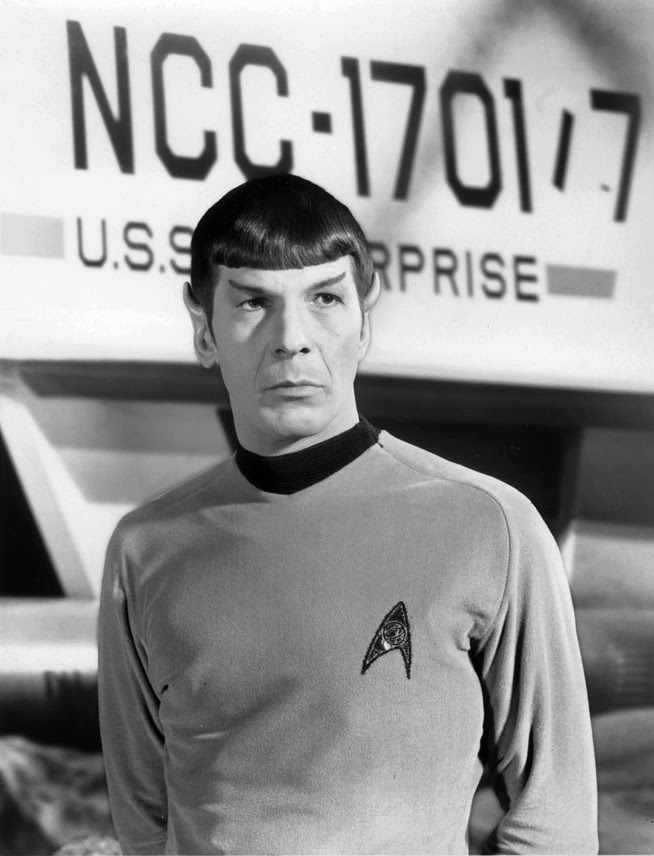 The stuff: the Gun Kata fights. (You know you love 'em.)

If you were a kid who watched Saturday morning cartoons in the late 60s and 70s, you recall the battle cry of the intergalactic superhero, Space Ghost.

The voice of Space Ghost, the great Gary Owens, who also found fame as the announcer on the classic Rowan and Martin's Laugh-In passed away on February 12 at the age of 80.

Mr Owens had a long career as a disc jockey and voice over actor, lending his distinct smooth baritone to hundreds of commercials and TV series such as Roger Ramjet, Dynomutt and Ren and Stimpy's Powdered Toast Man. 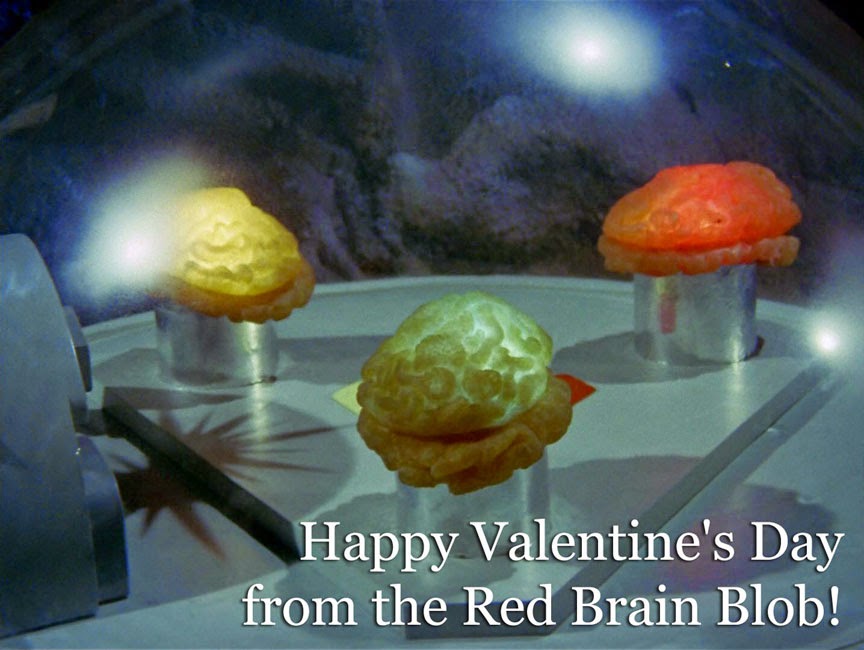 Star Trek is a Registered Trademark and Copyright 2015 by CBS Studios, Inc.  No infringement of those rights is intended with this parody.
Posted by Michael at 10:08 AM No comments:

The movie opens in outer space on a field of stars, so naturally the on-screen card reads "Outer Space 2082."  Disney wanted to make certain you knew where this was taking place. Disney also seriously stretched this thing out by running the credits first with the names of the characters and their positions, then listing the actors afterward instead of combining all that information, causing composer Lalo Schifrin to pad out his snazzy synthesizer theme music.

This is one of those shows assembled from the Sci Fi Buffet: one part dismal Blade Runner-esque future where our heroes walk polluted rainy streets (shot in what looks like an indoor mall with a lot of mist and open umbrellas); one part Soylent Green's dwindling resources, crowded streets and rationed food supplies; but mostly several heaping helpings of Star Trek. Or rather, "Teen Star Trek", with young cadet types who range in age from 16 to 24 holding down the usual Enterprise bridge crew positions of captain, science officer, navigator, communications officer, and engineer.  They are the crew of the titular spaceship Earth Star Voyager on one of those standard "Earth is falling apart, so we're looking for another planet to colonize" stories.

Writer Ed Spielman's script is very by the numbers with no surprises along the way. Instead of focusing on interesting character development it seems like Spielman spent more time coming up with the window dressing such as funny names for future food (veggie bio burger, nutra-shakes, thremo chips with amino sauce).

Earth Star Voyager aired about four months after the syndicated premiere of Star Trek: The Next Generation, and while the latter series certainly had its ups and downs in its first three years of production, the difference between the two shows is night and day. The Next Generation had better acting (none of these kids holds a space-candle to TNG's Wil Wheaton), more thoughtful stories, and a larger budget. Earth Star Voyager looks like a rebooted version of 1977's Saturday morning kid's show Space Academy compared to it.

Oh, and this cult gem has about the LONGEST plot write up I have ever seen on Wikipedia.