We love all things Star Trek at the blog here. Back in the day - 1987 to be exact - DC Comics published "Who's Who in Star Trek," a limited series featuring the work of various artists as they gave you the rundown on the most prominent characters in Star Trek up to that point.  Howard Chaykin did the amazing cover artwork (issue No. 1, below). 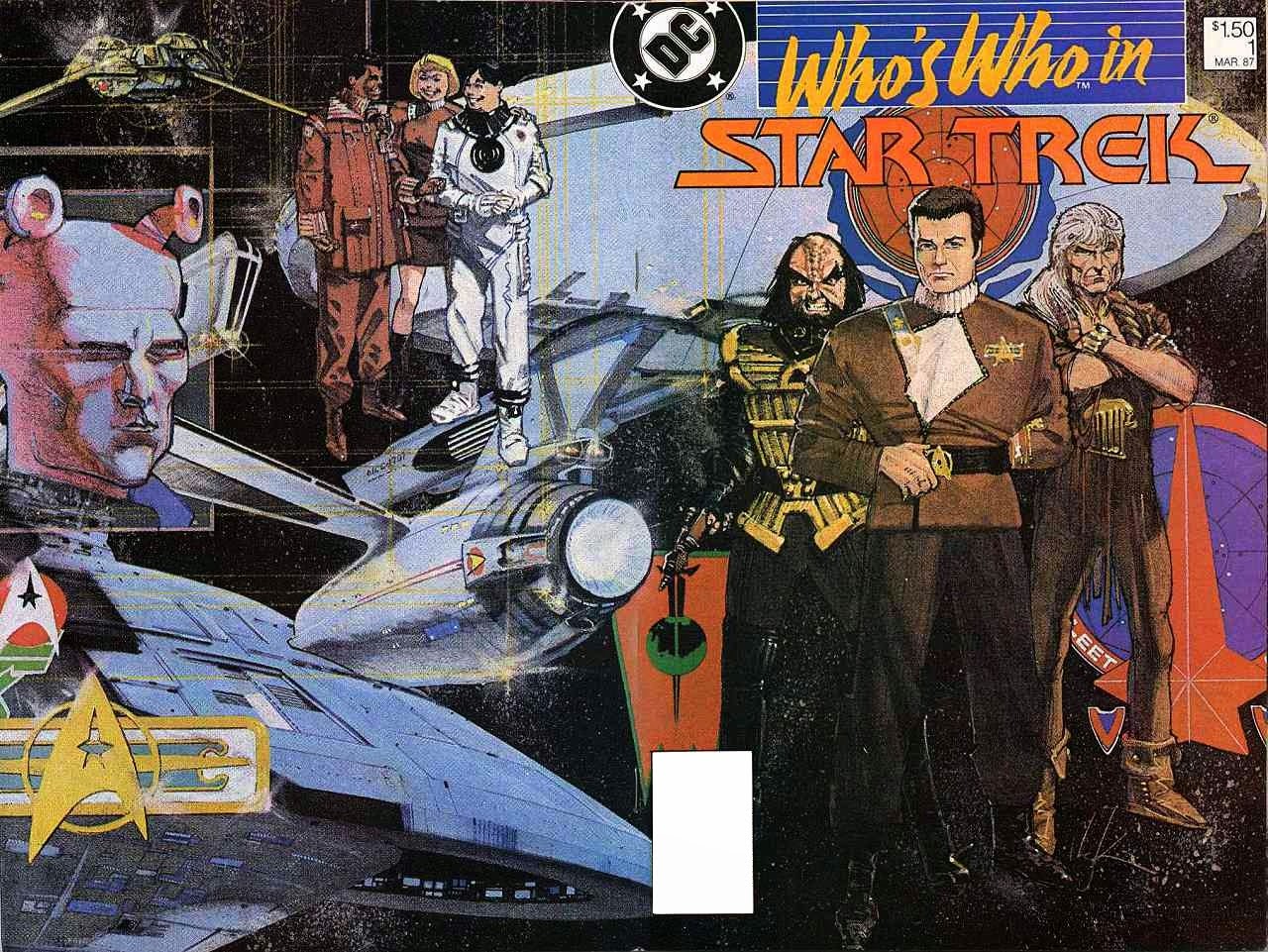 The great blog DC Comics of the 1980s has Chaykin's art on display for both issues.


Star Trek is a Registered Trademark and Copyright 2014 by CBS Studios, Inc.  No infringement of those rights is intended with this article.

Here's a great video posted to You Tube which compiles a ton of fun old sci-fi and fantasy TV series opening titles.  The poster, RwDt09, titled it, "11 INTROS TO TACKY 80s SCI-FI/FANTASY TV," but I recall being enthralled by a least of couple of these lost gems: Manimal (due to Stan Winston's great spfx makeup work) and Wizards and Warriors (which had its comedic charms).

But The Highwayman...any show where Sam J. Jones drives a big rig with a GIANT FREAKING HELICOPTER on the front...yeah, that's the definition of "tacky."

Count how may of these shows had one of those openings that explained the show's premise each and every week (The Phoenix, Matthew Star, Outlaws, Highwayman).
Posted by Michael at 8:36 PM No comments: