The original Talos IV looks like a piece of concept art from David Lynch's Dune - http://trekmovie.com/wp-content/uploads/menagerie/old_conference_viewer.jpg The new version looks more "accurate" but not nearly as unique. If you want to see the cool new cgi shot where they zoom in on the bridge dome and go THROUGH it to show the crew go here, the link with the new effects is just below the title card photo: http://trekmovie.com/2006/11/25/the-menagerie-part-1-screenshots/

I always liked the deep voice of the gravel-faced Transporter Chief shown in The Cage footage; according to imdb the voice was actually dubbed by an uncredited Bob Johnson, who also voiced all the "Good morning, Mr. Phelps..." tapes in the Mission: Impossible series! (you learn something new every darn day).

Alas, the Asian assistant transporter guy is uncredited and has no lines. He's the one with the thick Coke-bottle eyeglasses (his friends in school called him "The Observatory").

You ever read the Talos IV eyes only document that Mendez shows Kirk in Part 1? It's odd in that it lists "Half Vulcan Science Officer Spock" twice. Why is his race or species important? I thought the Federation was colorblind. In their respective Annual Performance Reports does it list "Swahili Communiations Officer Uhura" "Caucasian Chief Surgeon Leonard McCoy" and "Half Japanese-Half Filipino Helmsman Sulu?" 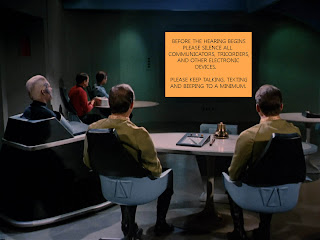 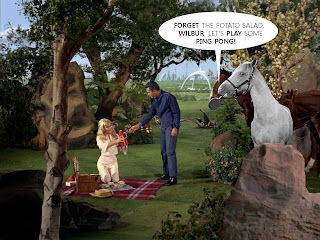 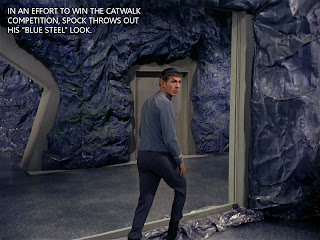 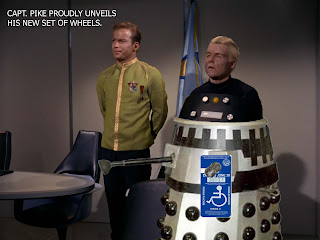 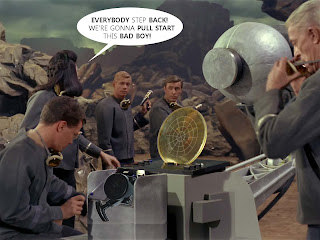 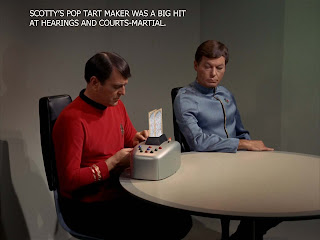 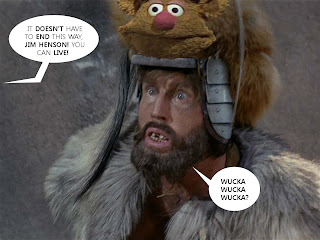