Star Trek Remastered. "Errand of Mercy."
This one I always hated as a kid because of all the talking, kind of like with Return of the Archons. Plus, like Archons, Kirk and Spock are OUT OF UNIFORM for much of the episode. As a kid I wanted to dress up in a cool Starfleet uniform, not wear leggings and fur! But as an adult viewer this episode kicks some space-heiney. In the first 3 minutes of the show, we have an attack on the Enterprise - the new CGI attack isn't as cool as those original little points of light with the lens flares they used - and a declaration of war before we go to the opening credits. ACTION PACKED, PEEWEE!
CBS-Digital gave the Organians a nice new planet, with chocolate oceans and caramel mountains. (Imagine if Ben and Jerry's made a planet.)
I believe I have traced the Takei/Shatner feud to this episode. Here's an exchange of dialogue between Kirk and Sulu after Kirk decides to leave Sulu in charge (Scotty had a HELL of a hangover, so he was out this episode).
Kirk: The Klingon fleet's in this quadrant. We know that Organia will be a target. If they should emerge --
Sulu: We'll handle them, sir.
Kirk: You will evaluate the situation. If there's a fleet of them, you'll get out of here.
Sulu: Butt Captain--Kirk: NO butts! (Okay, certain spelling license may have been taken but that is the dialogue word for word.)
After watching John Colicos, I wish they would have used him as Kor in Star Trek III instead of Christopher Lloyd/Kruge. Colicos was really good in this one, his acting going near the top but never over it. I just love how SMUG he is, so sure that he is in control on Organia.
I think someone put ants in Kirk's pants. At the SLIGHTEST provocation - a hand gesture, raised eyebrow, whatever -he just about launches himself toward the "provocateur." He has to be held back SEVERAL times in this episode. He almost punches out an Organian goat at one point! (Guess he hadn't gotten any space-tail in a few stardates.)
That "Klingon munitions dump" - consisting of painted corrugated cardboard boxes - was the worst prop/set dressing. EVER. 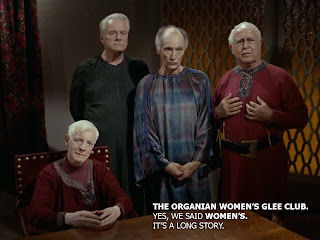 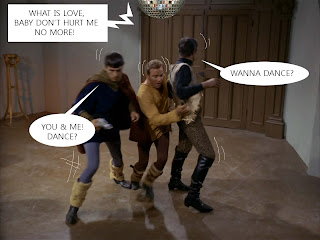 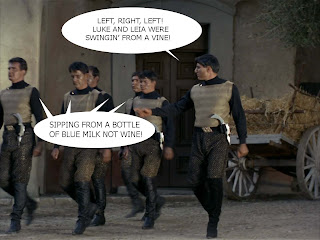 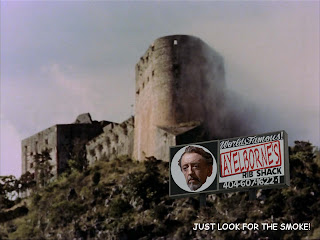 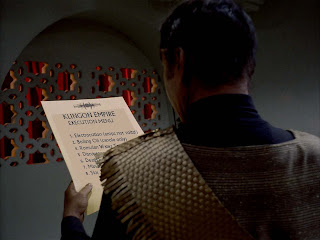 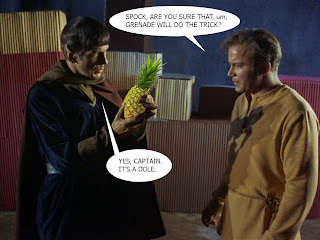 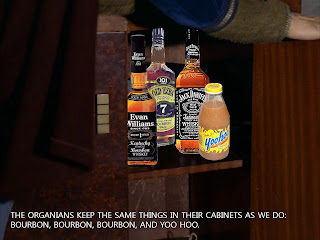 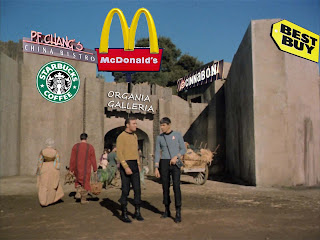 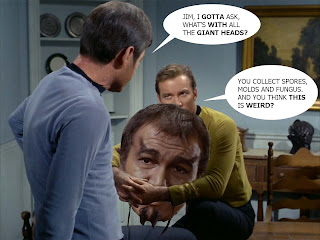 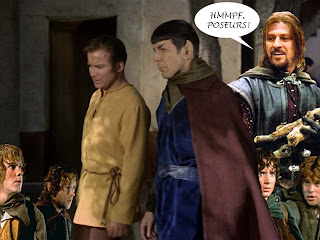 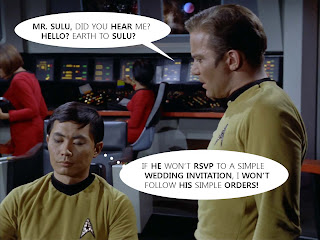